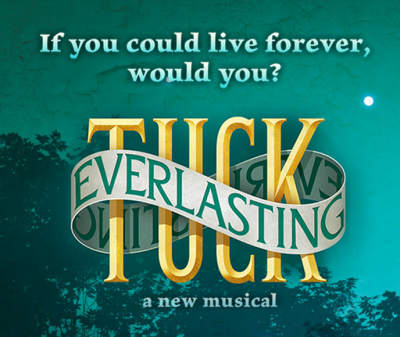 Tuck Everlasting. It’s a name most people have heard. You’ve either read the book in high school or seen the 2002 movie, but have you heard the soundtrack from the up-and-coming musical of the same name? Probably not.

For those of you who haven't heard of Tuck (what, do you live under a rock????), the novel by Natalie Babbit is about a 10-year-old girl, Winnie, who runs into the Tuck family, and goes on a crazy adventure where she learns about immortality, which may not be as desirable as one might think it’d be.

It’s pretty hard to find recordings of the music written by Chris Miller and lyrics by Nathan Tysen, but thanks to TheaterMania, we were blessed with a video clip with a few songs during rehearsals.

The Broadway previews start March 31, 2016, and if you’re interested in seeing it, you can buy tickets here.

If you can’t yet buy Broadway tickets, tune in to WNIA on Wednesday nights at 7 p.m. for my hour-long show, "Broadway with Brianna," where if I can find a decent recording, I’ll be playing a song from Tuck, as well as other showtunes!

Be sure to check out my other post on Waitress, which just opened!

Much love, and happy listening!