The Mainstream Media is Ruining the 2016 Election 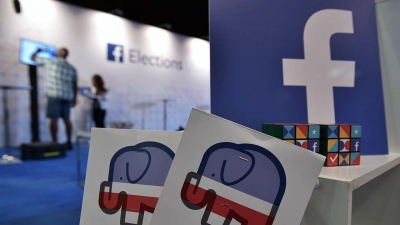 With the Republican National Convention at the end of July fast approaching, the Grand Old Party is in a panic trying to shut down a campaign everyone assumed was a fringe candidacy or a shameless publicity grab. Unfortunately for establishment conservatives, the Donald Trump machine has not lost any momentum and is steaming toward the nomination. Though some blame years of divisive politics from congressional republicans or pandering to an increasingly out of touch right wing they call a “base,” I believe the fault actually falls on an even more sinister American institution: mainstream media.

Traditionally, candidates get their coverage by direct advertising, Super PAC support, and the occasional story on news programs. However, this election cycle has taken been hijacked by “news” agencies fighting for ratings. A quick visit to CNN, MSNBC, the Huffington Post, or very nearly any other MSM site will show just how desperate they are for clicks and views, as a top headline on each is in some way focused on Trump.

The New York Times recently compiled total coverage of each candidate in both purchased and free air time, and the results easily highlight the media’s role in both polling and ballot casting. While Jeb Bush (the one-time projected GOP front runner) spent an alarming $82 million, he received an equivalent $214 million from news stories and mentions, and we know now that it wasn’t enough to keep him in the race.

Vermont Senator Bernie Sanders and former Secretary of State Hillary Clinton have both spent $28 million, but have received $321 million and $746 million in air time, which is reflected in delegates pledged so far. I think it is worth mentioning here that Sen. Sanders has about 75 percent of Clinton's pledged delegate total, which shows how strong of a candidate he actually is considering her early lead in polling and general name recognition. However, Donald Trump has only spent $10 million, considerably less than any other candidate still in the race. So when you look at the $1.89 billion he has received for free from the MSM, it’s not hard to see why his outlandish style, platform, and personality continues to win primaries.

Obviously, the old “publicity is good even if it’s bad” applies to the Trump campaign, because it is rare to find a story that portrays him in a strictly positive light. But the more he is talked about, the longer his campaign will go on. Though the public bears some responsibility for his success, in that people can’t resist watching a catastrophe take place, the media is worse for continuing to facilitate our sick fascination with him. The unfortunate reality is, that even by trying to take shots at him, as in this very blog post, we only fuel the fire. The only way to silence the xenophobic message of Trump and his supporters is to do just that: silence the excessive coverage. If the only place he has to spread his bigotry is during public events, people will lose interest and his campaign will die. If we do that, maybe conservatives can bring their presidential hopes back from the brink.