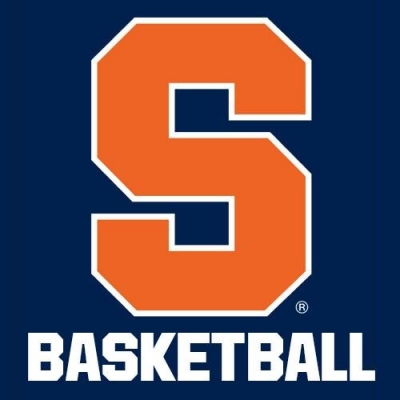 Jan. 9 was another typical night at the college basketball capital of the world. Thirty thousand Syracuse University fans were not only waiting to watch the upcoming Syracuse/University of North Carolina game, but to also welcome home one of the game’s all time greatest coaches, Jim Boeheim. 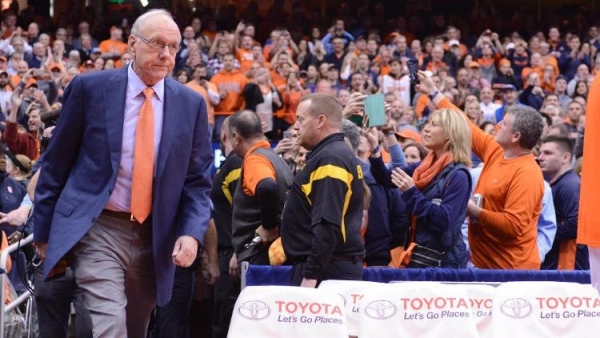 (Jim Boeheim returning from his nine-game suspension to a standing ovation on Jan 9, 2016)

The coach was back from his nine-game suspension handed down by the NCAA for various reasons and infractions. Syracuse would play Carolina tough that night, but eventually lose the grip of the game in the closing minutes. The rest of the season was an uphill battle and constant struggle for the Orange. A loss to St. John's, a team that finished 8-24, definitely hit the low point of the season.

Syracuse was able to battle out wins away from home against Texas A&M, UCONN and Duke at Cameron Indoor Stadium. All of those wins were certainly helpful for the Orange’s case to be included in the NCAA Tournament. At 19-12 heading into the ACC Tournament, the Orange needed two or three wins to really help boost their resume heading into the big dance. Syracuse lost to Pittsburgh in the first round of the ACC Tournament. The Orange's chances on Selection Sunday was now about as iffy as ever for the Orange.

The team was led all season by senior Michael Gibinije, who averaged 15 points and over 38 minutes per game. H was the only player in the country who had at least 10 points in every single game.

Freshmen Tyler Lydon and Malachi Richardson emerged as valuable pieces in the near future as well, but the team seemed to have no business belonging in the NCAA Tournament. 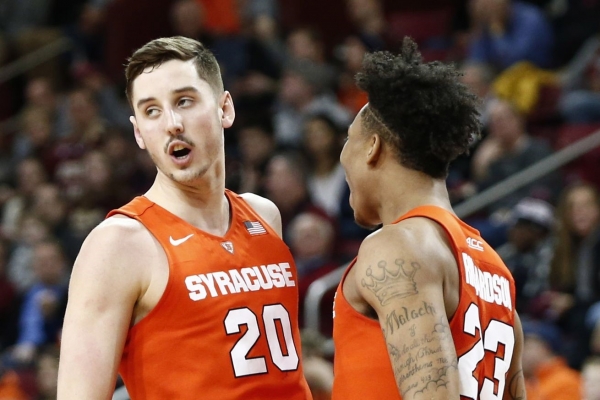 (Tyler Lydon #20 and Malachi Richardson #23 on the floor during a game this season.)

Selection Sunday came and, thanks to a brilliant social media hack, the bracket was released early. The selection show was already a disaster in itself, moving the show from one to two hours. Despite the fact we already knew the fate of the Orange, we watched anyway, just in case it wasn’t true. However, Syracuse appeared on the screen and, to our surprise, Doug Gottlieb, a chronic thorn in Syracuse’s side, was ripping the Orange again.

The Orange began their journey against their first round opponent, the Dayton Flyers. It was an important matchup for Syracuse fans, as Dayton shocked the nation in 2013 by upsetting Syracuse in Buffalo, N.Y. Syracuse would go on to win big over Dayton this time.

Again, the Orange weren’t supposed to beat Middle Tennessee State and, again, they proved everyone wrong, putting on a second half clinic to put away the Blue Raiders by 25.

The Orange were off and running and onto Chicago for the Sweet 16. Gonzaga presented huge challenges defensively for the undersized Orange who also had a blatant lack of depth. Down 11 nearly six minutes into the game, Syracuse was forced to play aggressive the entire night, clawing back into the lead one possession at a time in the second half.

Gonzaga forward Domantas Sabonis, at 6-feet-11-inches and 240 lbs., and sharpshooting Kentucky transfer Kyle Wiltjer led the Zags the entire game, but the press Syracuse used defensively for the last six minutes of the game allowed the Orange to win and advance to the Elite 8. 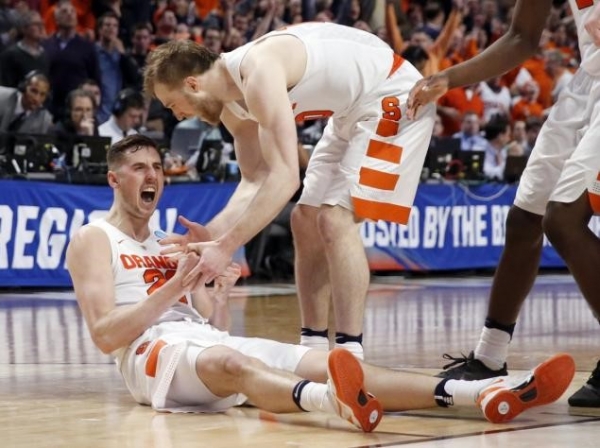 (Tyler Lydon celebrates with teammate Trevor Cooney after the game-winning block vs. Gonzaga)

The Elite 8 presented a challenge the Orange had faced before with the Virgina Cavaliers. The Orange jumped out to a surprising 8-2 lead before it was wiped away quickly. Virginia's London Perrenates was in range after stepping over half court; it seemed as each 3-pointer took another shot at Syracuse fan’s hearts.

The Orange went to the half again trailing by a decent margin. The second half started and Virginia continued to maintain its large lead. Syracuse, down 16 with eight minutes to go, had slim hopes to advance. Boeheim again called his team to use a full-court press and, magically, the Orange stormed back with a massive run to take the lead - and they never looked back.

Syracuse, improbably and inexplicably, had made it to the Final Four in Houston. They were the only 10-seed in NCAA history to make the Final Four.

Syracuse, for the first time in a long time, had felt proud. (And, yes, we can’t fail to mention the women’s team making it to the Final Four in Indy while knocking off top-seeded South Carolina, which had lost one game all season.)

Syracuse was in the phase of possibly its greatest weekend ever for the athletic department. On top of a season that had already seen a cross-country national championship, a field hockey national championship, men’s soccer in the Final Four, now the men's and women’s basketball teams were among the last four standing in the nation.

The men’s team saw its season end Saturday in Houston to a tough North Carolina team. Despite this, the Orange showed tremendous fight, battling their way throughout the tournament and knocking off Gonzaga and Virginia.

The Syracuse women defied all odds by marching its way all the way to the NCAA title game, before falling to the UCONN Huskies, winner of four straight NCAA titles behind Brianna Stewart, arguably the best woman to play the game since Cheryl Miller. 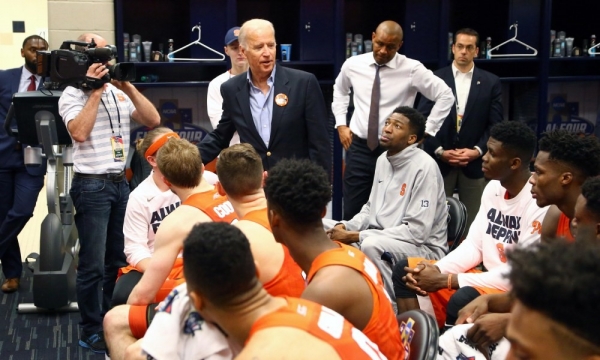 Syracuse University responded to academic violations of the men’s basketball and football teams with responses from all athletic teams achieving great seasons. It is without a doubt the best year for athletics in the school’s history. Thank you, Syracuse basketball, for a fantastic year.