Tampa, The Trop, and The End? Looking Ahead for MLB Relocation 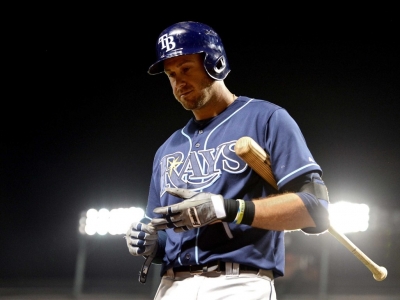 In November 2012, Tampa Bay Rays 3B Evan Longoria signed a contract extension estimated at $100 million over the course of the next 10 seasons (the first six seasons of which were guaranteed), keeping him in Tampa possibly through the 2023 season. The timing seemed right, as Longoria helped lead the Rays to a 90-win season in 2012 and to the playoffs in three of the prior four seasons. With his play and character both on and off the field, he was quickly becoming one of the faces of Major League Baseball and the identity of the Rays organization. After starting off their first decade as a professional team in an abysmal state, baseball in St. Petersburg was starting to emerge strongly and, as a result, was grabbing attention across the baseball community. After another trip to the playoffs in 2013, the Rays started to struggle as the effects of being a small-market team came into fruition. Even during the best of times, the Tampa Bay Rays have struggled to stay afloat with other teams as they have struggled to develop into a constant league-wide playoff contender year in and year out. While the team’s lease isn’t up with their home ballpark Tropicana Field for a few years, many are already looking at possible relocation, something that hasn’t happened in MLB since prior to the 2005 season, which could give a city an opportunity to gain back a team they have been without for quite some time.

For the Rays, playing in an area such as Tampa (more specifically St. Petersburg) has proven to be quite a challenge since their inaugural season in 1998. The home of the Rays, Tropicana Field, was built years before the organization came into existence as the area hoped to have a team relocate to the west coast of Florida. The Chicago White Sox, Seattle Mariners and San Francisco Giants were among the teams that were in the mix to possibly be shipped, but new ballparks in their present cities and blocked sales from National League owners left Tampa Bay without a team to call their own until the then-named Tampa Bay Devil Rays joined MLB as an expansion team prior to the 1998 season.

The problem the organization had to deal with for years to start was trying to put a quality product on the field, something the Rays struggled with mightily until they made their first playoff (and World Series) appearance in 2008. As the Rays started to develop winning talent on the field by means of players like Longoria, 2B Ben Zobrist and SP David Price, the problems within the organization continued to linger. In Tampa Bay, the Rays have had a hard time developing fans to call their own as many in the area have moved to Tampa with teams they already pledge their allegiance to (such as the Yankees and Red Sox). Regardless of the team’s performance, it has proven to be quite a challenge to get people to Rays games for years now. Despite the fact that the team uses promotions and free giveaways often and game tickets are amongst the cheapest in all of professional sports, attendance at Tropicana Field has been mediocre to say the least, ranking as one of the two worst teams in attendance in the American League each of the past four seasons. In not being able to bring in people, the Rays have had quite a challenge trying to generate revenue and have had a tough time trying to get out of the cellar when it comes to payroll compared to other teams in the league (heading into the 2016 season they will rank 29th of the league’s 30 clubs). Many have now started to wonder if a new stadium deal cannot be reached soon if relocation is a possibility, and if there is anywhere that would make most sense to relocate the Rays, it would have to be done by crossing borders and reestablishing outside America. 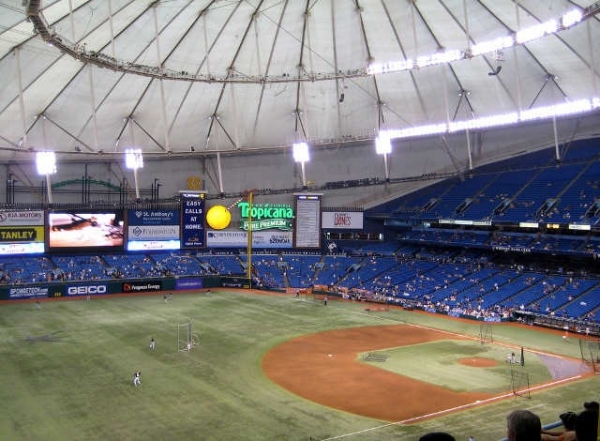 The people of Montreal lost their beloved Expos back after the 2004 season when they packed up and moved to Washington DC where they would become the Nationals. The team could not reach a deal to obtain stadium funding to replace the old Olympic Stadium, so since 2005 summers in Montreal have been quieter, leaving sports fans in the city to count down the days until the Canadiens season opener. While the city still embraces wearing their Expos gear proudly, the city and its fans haven’t done enough to convince MLB to bring a team back, in large part still due to the inability to acquire funds for a new stadium. When the Toronto Blue Jays played two spring training games in Montreal in both 2014 and 2015, Olympic Stadium had a feel of its old days as the average attendance per game came out at over 48,000 as Montreal let their voices be heard on a big stage as they one again declared their love for baseball. While it can’t be measured just yet, it can be assured that if baseball in Montreal can become a legitimate possibility again, then no team for relocation would make more sense as of right now than the Rays given their current and long-standing economic problems.

The lease for the Tampa Bay Rays to play at Tropicana Field is currently through 2018 and they cannot leave St. Petersburg and the surrounding areas until after the 2027 season. While a mutual buyout is always an option, relocation for the Rays is definitely a possibility but it appears to be a long-term process as a whole. In the meantime, the Rays will have to succumb to the fact that they as an organization simply have to operate as they are, just as Montreal will have to wait quite some time as they are before the talks of acquiring a team can legitimately resurface. Finally, as for Evan Longoria, while he has seen talent like Zobrist and Price come and go, he will be staying in St. Petersburg as he continues to go from creating just an image to creating a legacy. Whether he wants a change in venue or not, as long as he is a member of the Tampa Bay Rays, he’ll be playing his home games in front of many empty blue seats in the place they call “The Trop.”