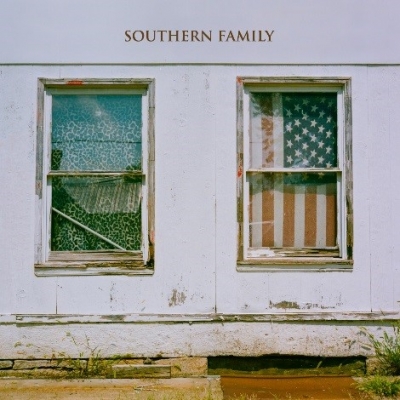 The best moments in music have never been made alone. When Dave Cobb announced the birth of his super project, Southern Family, it seemed way too good to be true. The tracklist boasted arguably some of the best artists in country and Americana music out there right now, and to have them all on one album? Yeah, my excitement for this was a tad high. So how is Southern Family anyway?

Well, it's pretty phenomenal! We have compelling, moving stories with sharp lyricism, intimate vocal performances and, of course, a top notch job in production all the way around, thanks to the mastermind himself, Dave Cobb. And as such, I'm not sure Southern Family is the type of album to be analyzed for the above mentioned components so much as it is an album that needs to simply be felt. You have to absorb this album to truly appreciate it. Once you do, it's a rewarding experience.

Southern Family isn't so much a southern album, but it is one that relies on the family motif. First of all, we have the artists themselves coming together to record songs under one album as a family. And what I like most about the album is that it isn't restricted to only artists who have worked with Dave Cobb before. It's an album where true artists come together to unite in an album that celebrates life, family, and love. This brings us to the songs themselves, which explore a vast array of topics under the family realm such as death, family values, family heirlooms, and settling down to start a family. Some songs are sad, some are celebratory. It's a unique mix that shows artists pouring their hearts out for songs that mean something to them.

Most of the songs here are grounded in a rootsy production complete with plenty of acoustic instrumentation and luscious steel guitar. One of these artists is Zac Brown and his contribution to the project, “Grandma’s Garden.” With this song, we have a boy who watches his grandmother care for her garden all of her life, only later to see that her care for her garden symbolized the meaning of what it's like to care for an actual family as well. Other highlights for me include Miranda Lambert's "Sweet By and By," Jamey Johnson's "Mama's Table," and the album highlight, the incredible gut puncher of "I Cried" by Brandy Clark, where she watches her grandfather die and can do nothing but cry. She wants to be strong for her family, but crying is all she is able to do for the time being.

Even the moments that deviate from the rootsy, intimate production add something of value to the project. Anderson East's R&B tinged "Learning" will probably be viewed as the most polarizing track on here, especially coming off of Jamey Johnson's quieter song "Mama's Table." However, I still think it's a good song and adds a little bit of variety into the mix. Actually, the tracks that do deviate from the rootsy production may be what give this album its true southern flavor. Brent Cobb's "Down Home," and Shooter Jennings' "Can You Come Over?" are both rooted in country and branch off into southern rock and bluesy territories. Both songs also directly address growing up in a southern culture. And while "You Are My Sunshine" may be a strange choice for the Stapletons to cover (although their take is excellent), that song is actually the official state song of Louisiana. And if I were to nitpick at all with Southern Family, the southern part may be where I do. Overall, I wouldn't call this a southern album, as many of the themes present on this album are themes that can apply to everyone. This isn't something that takes away from the actual music here, because Southern Family is an excellent album.