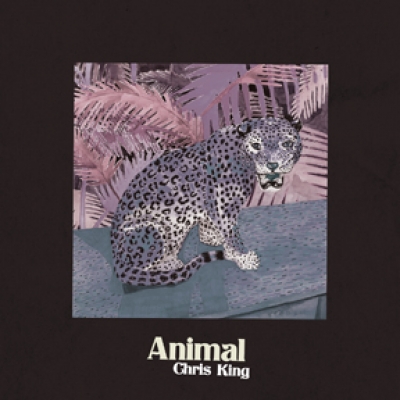 It's no secret that the album is a dying art form in music. Most artists today favor compiling collections of singles into one package over something that has a cohesive flow and tells a story. The saddest part of this all is that it's a widespread problem in all genres of music – country, rap, pop, rock, you name it.

That's what makes an album artist like Chris King so important in today's music world. Once considered country, this Texas-based artist now resides under the realms of Americana and Heartland-rock, which all come together on his sophomore album, Animal.

I already stated that one of the elements missing in a lot of albums today are stories, and the story told on Animal is one that everyone can relate to. On Animal, we see a man struggling with himself as his relationship with his lover falls apart. The opening title track acknowledges that he treats her terribly and that he knows she's going to leave him. The journey continues on what I call the trilogy of “Never Make It Last,” “Borderland,” and “Almost Gone.” The trilogy starts at a place where we see that the woman has now left the man (“Never Make It Last”), and that he needs to get out of his town to cope with everything (“Borderland”). He continues to seek external solutions to his problem as he continues to lash out at the world on “Almost Gone.” It's fitting that these tracks all carry a moody rock edge to them, as the production fits the scene of the man watching his life spiral out of control.

However, the album does not rely on simply watching a man fall apart. He comes to the realization that the problems that he has to face are because of the loneliness inside of him (“This City”), and that he can't run away from his problems. As he ponders old memories of what his life used to be (Karnes County 2002), he now knows what he has to do to make things right with himself and with his lover. The quest to finding a cure for the external struggle from before now turns into a quest to find a cure for the internal cure.

Once again, however, knowing what the problem is and knowing how to cope with it are two different things. In “Take It Down,” the man is back in his hometown sitting at a bar that he and his lover used to go to. While sitting there, he notices the picture of him and his old lover that was hung there from before. He can't sit easy now knowing that that picture is there, eventually prompting the bartender to take the picture down. This uneasiness comes back into play on “Deep End,” where the man has now become reckless and decides to call his old lover up to try and make amends. But this won't do right now. The man still hasn't come far enough on his journey of self-discovery, meaning that he still hasn't won back his lover yet.

The final tracks are where the album all comes together. The rocking tone of “Waiting On Myself” fits the tone of the original trilogy from above. However, now the man has control over his demons and is ready to heal himself and win his lady back. He finally wins her back on “Martinez Social Club,” where he acknowledges to his lover that he doesn't know if he'll ever truly know what love is. He's a loner at heart forever. He does know that he can't live without her though, and is willing to do whatever it takes to keep her in his life. It's not a complete happy ending, but that's a fitting aspect of the album. After all, the journey to find ourselves is never truly over, and we learn new things about ourselves every day.

Overall, Chris King delivers a masterpiece with his sophomore album, Animal. This is the type of music that you really have to let absorb you, because once you do you'll become involved on a musical journey of love, loneliness, and redemption.

Recommended Tracks: “Never Make It Last”, “Take It Down”, “Waiting On Myself”