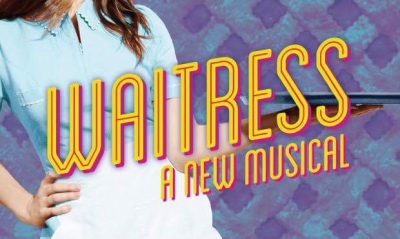 Sara Bareilles recently shared the news that she's working on a new musical called Waitress. Waitress is based on the 2007 movie of the same name, and is full of amazing music that's actually quite relatable and very catchy, if you ask me. The show follows the life of Jenna, a waitress (shocker, right?) and expert pie baker who lives in a small town and is in a not-too-good marriage. There’s a lot more to the plot than just that, but I won’t spoil anything for you. (If you’re wanting more and just can’t wait ‘till you see the musical, the full movie can be found on YouTube for $13.)

Sara said in an interview about the writing process with USA Today that there was "so much natural similarity between the character and herself that it wasn't a stretch to find her way in." She's been posting videos on her YouTube channel that show a bit more about what it's like to be writing music for a Broadway musical, and has recorded herself singing some of the songs from the musical, which can also be found there.

The musical opens April 24, 2016, at the Brooks Atkinson Theatre on Broadway, and will be starring Tony Award-winner Jessie Mueller. Waitress sold out its world premiere at the American Repertory Theatre in Massachusetts and has been quite the rage since. I know I'm personally quite excited about it, and hopefully some of you will be too! If you're curious about it and want to see if it's worth the hype, you can visit the official website for the musical here, or keep an eye out on the WNIA Facebook page for information about my new show and listen in! I'll be playing songs from musicals, including some songs from Waitress.

Much love, and happy listening!