2112: Traversing Both Space and Time 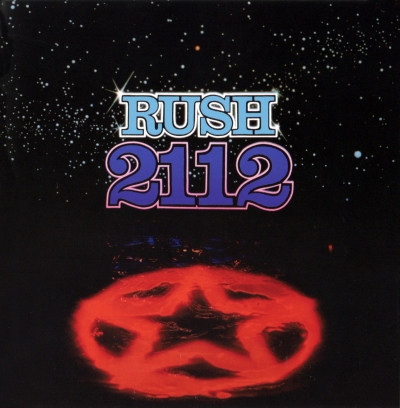 This April 1 marks the 40th anniversary of one of the most influential prog-rock albums of its time, and one that is easily in the top 3 favorite albums (Power Windows, 2112, and Moving Pictures, in that order, all of which I have on vinyl) of any Rush fan, like myself. In honor of this magnificent piece of work, I sought to do a quick review of the album. This concept album, according to the band, was seen as possibly their last due to the relatively low success of their previous record, Caress of Steel.

Despite missing the ultimate chance to make the song 21 minutes and 12 seconds long as a nod to the title, the 20-minute, 33-second-long, eight-part epic operatic song "2112" tells a story through the use of both lyrics and driving guitar and drum solos alike. Drawing parallels to Ayn Rand's novel, Anthem, it tells a story of a mysterious individual who finds an old relic and believes that it could change the world, although the oppressive government depicted in the song thinks otherwise. Part protest, part revelation, this opening title track sets the scene for the rest album to come.

The following track, "A Passage To Bangkok," whisks us away to the East, as the band takes us on a musical journey to countries like Afghanistan, Thailand, and Lebanon, describing the journey and their experiences throughout.

Following the hinted mind-altering influences present in the aforementioned track, "The Twilight Zone" next messes with your mind in a different way, using unique situations and imagery to place the listener in an unknown land, all while Geddy Lee's vocals seemingly float around your head during the song.

The next track, "Lessons," is an upbeat song that transports the listener back to their own childhood, perhaps, as Lee sings of being taught and not listening to what is being said, something all of us can surely connect with.

"Tears" elicits emotion as Geddy intones over a slow, somewhat sad sounding backing tracking. Perhaps he is thinking of a love lost, a friendship gone to ruin, or his own personal shortcomings. Listening in on this tracks beckons the audience to examine their own similar experiences.

The closing track, "Something For Nothing," caps off the album, defining the sound that Rush would take on in later albums like Fly By Night. Something For Nothing tells the listener that they have to work for what they want to achieve, perhaps as a nod to the at the time yet to be decided fate of the band. This final track sends the auditor on their way with a renewed feeling of desire to accomplish what they set out to do.

This album was incredibly influential to me early in discovering the type of music I would follow. It firmly cemented Rush in my list of favorite bands and has played a part in developing who I am today. So if you've got the chance, I urge you to take a journey by listening to this record. The takeaway from this record could be seen as one should discover, share, and never fear oppression.